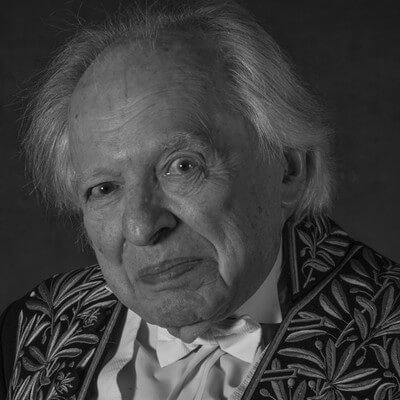 ‘I put my own rhythm and breathing into my work; my adventure is not linked to the representation of our time frame.’

Antoine Poncet is a sculptor. He was the son of a Swiss painter and the grandson (on the mother’s side) of a French painter. He received his sculpture training in Lausanne in the last years of the war. With a French state scholarship he was able to complete his training in Paris, with Ossip Zadkine. From 1953 to 1955 he worked in Hans Arp’s studio and became acquainted with colleagues such as Henri Laurens and Constantin Brâncusi.

Poncet was commissioned in 1965 by the collector Nathan Cummins; he made eighteen marble statues. This assignment enabled him to work in the workshop of Carlo Nicoli in the Carrara marble quarry.

Antoine Poncet has received many awards; in 1957 he received the sculpture prize Prix André Susse. In 1996 he was awarded the Prix de l’Hermitage in Lausanne. He is also institutionalized as a jury member on various art panels. In 1960 he was a member of the jury of the Prix Bourdelle and is a member of the sculpture department of the Académie des Beaux-Arts, Chevalier de l’Ordre National du Mêrite and Officier dans l’Ordre des Palmes académiques.

His work, created in the tradition of Arp and Brâncusi, with organic shapes, can be found in the collections of many museums and sculpture parks, as well as in the public spaces of cities in Europe, the United States and Japan.

Poncet’s sculpture Translucide, a bronze statue of modest size, was on display during the first edition of ART ZUID, in 2009. Like many of Poncet’s other sculptures, this sculpture shows a lot of movement and dynamics.