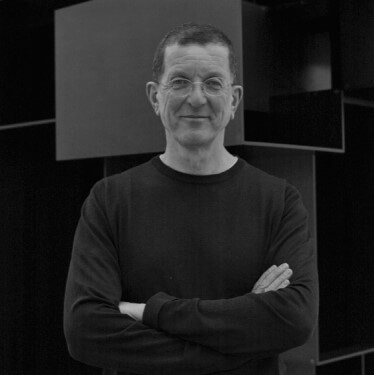 ‘Within the condensed environment of Manhattan, the tension level between the tangible, the observable, and the imaginable is increased due to the density and scale of the buildings.’

Antony Gormley is a sculptor, draftsman and installation artist. After studying archeology, anthropology and art history at Cambridge, he traveled to India to learn more about Buddhism. Three years later he returned to study sculpture in London.

Gormley’s career began with a solo exhibition at the Whitechapel Art Gallery in 1981. The human body is central to almost all of his works; not infrequently he uses casts of his own body. The body is not an object, but a place, space that encloses the body. Since 1990 he has worked on large-scale projects.

He focuses on the human body as means of asking fundamental questions about the relationship between man, nature, and the cosmos. He approaches the age-old subject of the body in his own, universal and philosophical way and elaborates on the art history and conceptual sculptures of the 1960s and 1970s.

One of his best-known works is Angel of the North, an enormous sculpture that stands as a landmark in Gateshead. Gormley took part in Documenta 8 (Kassel) and Biennales in Venice (1987) and Sydney (2006). There he showed Asian Field, an installation of 180,000 small clay figurines made by 350 Chinese villagers in five days from one hundred tons of red clay.

Gormley was awarded the Turner Prize in 1994 and was appointed to the Order of the British Empire three years later. Many large sculptures can be found in England, but also in Italy, Sweden, Hong Kong, Australia, New Zealand and the Netherlands.

His Firmament III, with which he enriched ARTZUID in 2011, is both solid and surprisingly transparent.