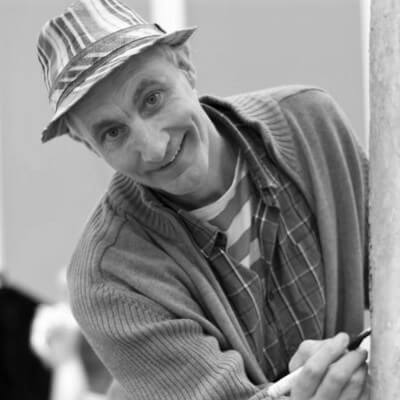 ‘The impossible forces us to think about a reality, this greater dream, about something that cannot be ignored. Something that is established as a fact- indisputable. This must be world, there is nothing else to which the facts can attach themselves. If one lives in reality, then one is always somewhere.’

Henk Visch is a sculptor, draftsman, and graphic artist. He was trained as a graphic artist at the Royal Academy of Art and Design in ‘s-Hertogenbosch. For a long time he made etchings and drawings, mostly of fairytale figures. After a stay in New York, from the early 1980s he also focused on making sculptures, which brought him fame.

Visch was a lecturer at the Academies in Amsterdam and Maastricht, professor in Stuttgart and Münster and guest lecturer in Beijing. He represented the Netherlands at the Venice Biennale in 1988 and three years later at Documenta 9 in Kassel. This brought his work to the attention of a wide global audience.

His sculptures vary from monumental wooden structures and large polyester shapes to small objects made of found material. Henk Visch compares making sculptures with thinking aloud in wood, paint, and other materials. He is not concerned with portraying visible reality, but for him the image must be a metaphor for reality and experiences.

The titles that Visch gives to his works are remarkable; they are often poetic and evoke associations and meanings in the viewer. Language and the work reinforce each other. He also places texts on or next to his works of art.

Visch’s sculptures are often still and withdrawn, stylized figures of people and animals, which are delicately balanced. Some seem to seek the balance within themselves, only to lose balance afterwards.

During ART ZUID 2019, Henk Visch had five of his sculptures displayed on the central reservation of the Apollolaan: Unguided tours, Subterranean man, Piazza del Popolo, Nightlife and Het Kompas. They were all large statues of two meters or more, made of bronze and aluminum. It is rather a choreography full of melancholy than a mere group of sculptures.