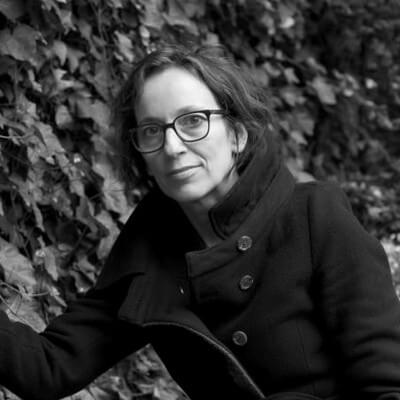 ‘Sculpture should show the traceability of all objects to its origin, so that man, the viewer, can be confronted with the origin of his existence.’

Irene Fortuyn is a spatial artist and creates sculptures, installations and works focused on parks and landscapes. For her, art can also be “outside”. She studied at the Hogeschool van Arnhem and Nijmegen and at the National Academy of Visual Arts in Amsterdam. She subsequently studied philosophy at the University of Amsterdam.

She formed the successful artist duo Fortuyn / O’Brien with her late husband Robert O’Brien (1951-1988). They participated in Sonsbeek ’86, the Venice Biennale (1988) and Documenta (Kassel). Since 2000 Irene Fortuyn has been head of the ‘Man and Leisure department’ at the Design Academy in Eindhoven.

In 1993 Fortuyn removed eight monumental plinths from the depot of the Royal Museum of Fine Arts Antwerp for her work ‘Reserve’. In which she combined the roots of art, the basis of preservation and the foundation of exhibiting. She made moulds from the pedestals and showed them together with the original ones. The moulds were also cast which raised the question of what the work of art is. This contradiction questions the boundaries of the exhibition and the exhibited. That juxtaposition creates tension.

Questioning is a central theme in Fortuyn’s work. The extensive research that precedes her work is of great importance. For example, she invited NRC readers to submit a description of their view, which resulted in a topographic map with views.

The questioning is reflected in KETTER & Co, an organization initiated and managed by Fortuyn. It focuses on projects (from idea formation to realization) for the benefit of the social, social and urban space. Fortuyn’s work has been shown at home and abroad. In 2019 her Schöne Aussicht was shown at ARTZUID.