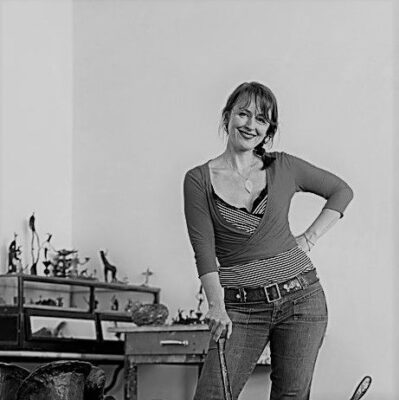 ‘There is a kind of contradiction in many of my poems, drawings and sculptures. It has something sweet, but also something grim.’

Iris Le Rütte is not only a visual artist, but also a poet. She was educated at the Academy of Visual Arts and the Rijksakademie van Beeldende Kunsten, both in Amsterdam.

Early on she opted for recognizable forms, against the prevailing fashion at the time, which then tended towards abstraction, discussion, and self-examination. She is committed to the new figuration, as a rebirth of the narrative and symbolism in the visual arts. She finds colleagues such as Tom Claassen, Nicolas Dings and Henk Visch at her side.

Animals play an important role in her visual work – both drawings and sculptures. One of her best-known sculptures is Fata Morgana, three silhouettes made of sheet steel of dromedaries on the slope of the railway at the Amstel station in Amsterdam.

Le Rütte has participated in numerous exhibitions, both solo and in groups, at home and abroad. Her work has been represented several times at the PAN and can be seen in museums such as Beelden aan Zee and Singer. She has received several grants, both for her work as an author and as a visual artist. For example, the Amsterdam Fund for the Arts provided a subsidy for the project ‘Don’t ever forget to dream’, a group of statues on the chimney pipe of the Onze Lieve Vrouwe Gasthuis in Amsterdam. Various municipalities, museums, companies and private individuals commissioned and purchased work from her for their collections. Iris Le Rütte made a statue for the municipality of Goirle in honor of the five-time Olympic speed skating champion Ireen Wüst.

During ARTZUID 2021, Le Rütte’s bronze hares sat and lay prominently at the information pavilion on Minervalaan. The four, who together formed Untitled, seemed to pick up all the surrounding sounds with their large ears. It is an indictment of the one-sided agriculture that forces the hares to eat nitrogen-rich grasses instead of more varied food. 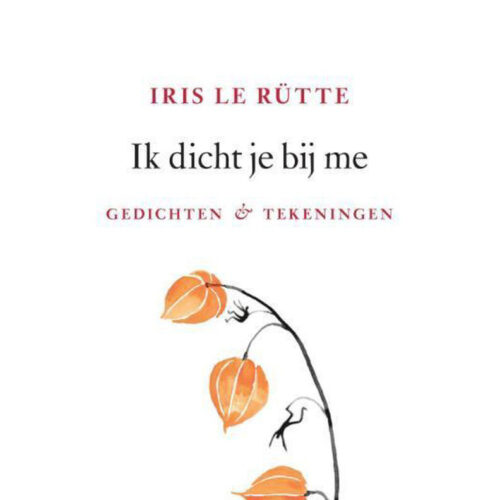