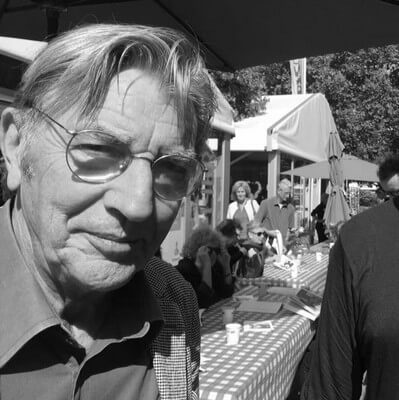 : ‘I always draw it first. Then I actually execute it. Then my fantasy says whether it adds something if I allow the drawn to exist in reality in a three-dimensional object. Sometimes that little drawing is telling enough. Sometimes I add a dimension to it.’

Jeroen Henneman is a sculptor, painter, draftsman, illustrator, graphic artist, theater and television maker. He studied at the Institute for Applied Arts in Amsterdam. After his studies he travelled to Belgium, France, Switzerland and the United States in the early 1960s. Henneman is primarily a draftsman.

Henneman became known to a large audience with his monument The Scream (2006) in the Amsterdam Oosterpark, a memorial to Theo van Gogh. It depicts freedom of speech and shows how Van Gogh is silenced. Henneman also became known for his portrait of Princess Beatrix.

Previously he made images such as The kis (1982, for the Koninklijke Bijenkorf Beheer, now Anton de Komplein, Amsterdam South-East, and 2007, for the Stationsplein in Apeldoorn), The lamp (Zwolle, 2000) and a portrait of King Willem I in Breda (2003). Many drivers who take the western ring around Amsterdam are familiar with Het wiel, which has been on the roof of the Tax Office since 1996. In their own words “a coin with ashes through it”; the service that makes money roll.

The Dog series, which was shown at ART ZUID 2011, also plays with the theme of dimensionality. The dogs assume a stationary viewer standing in front of the images. The third dimension is more of an illusion; what seem like three dogs, is now one clearing up, looking up and running away.

On April 10, 2015 – the centenary of the poet Leo Vroman’s birthday – a statue of Vroman made by Henneman was unveiled in his hometown of Gouda on the roof of the Chocolate Factory