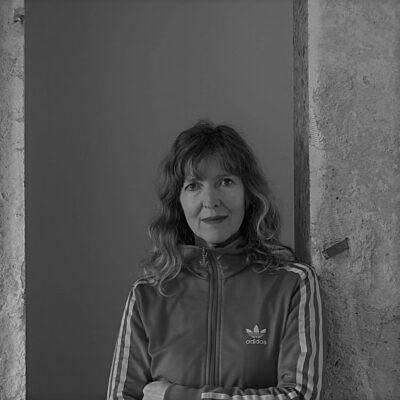 ‘I like to give a voice to those who feel lost’

Joanneke Meester is a visual artist, but above all a sculptor. She became famous in 2004 when she made a gun out of her own skin. She wanted to express her concern about the increasing violence in society.

She studied at the Hogeschool voor de Kunsten in Amsterdam, where she chose Plastic Spatial Design and Art History. After this study she worked from 1992 to 2001 within the artist collective ‘Patchwork’. Two years later, she continued her studies at the Sandberg Institute in her hometown of Amsterdam. There, Meester focused on her own, autonomous work. During that time she made several video films in which living dolls play the leading role. In more recent works she is more focused on text, both on paper and in installations.

An example is her 2014 exhibition in De Nederlandse Bank, entitled ‘I am not doing anything until I feel the need’. Three years later followed: ‘Vatbaar’, exhibited in the Galerie Rento Brattinga and later also in Amsterdam.

In various works, Joanneke Meester expresses her concern about social issues. This way of reflecting on reality is committed and dosed with humor. Her installations entice the viewer; that’s what it’s all about for her. Using a variety of materials and techniques, she questions her own thoughts on issues such as human consciousness and its environment. Interpersonal communication is its core value.

During ARTZUID 2021, no fewer than eighteen Signs were on display on the Zuidplein at Amsterdam-Zuid station. Yellow road signs with texts that reflect a personal state of mind. An example: ‘Here begins the adventure rhythm disturbed.’ The work ‘WE ARE not alONE – Rohn Rennon & Roko Rono’ was also shown. Two bright pink robots in which John Lennon and Yoko Ono can be recognized.