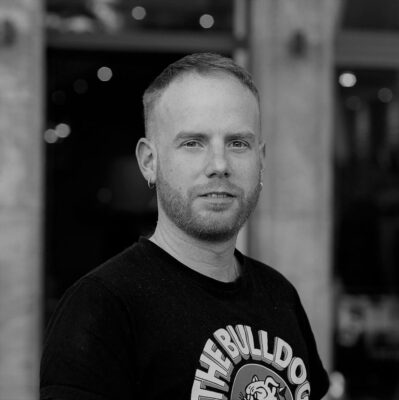 Johannes Büttner is an artist who makes, sculptures, spatial installations, music, and videos. He studied at the Universität der Kunste in Berlin and De Ateliers in Amsterdam. In his work, Büttner refers to social issues: from political crisis, energy sources and work in the digital age to conspiracy theories and esoteric ideas. Present, past and science fiction intertwine. He forges new stories that fluctuate between fiction and reality.

Büttner questions concepts such as craftsmanship, authorship, creative work and value and places them in a world that seems to be physically falling apart, sometimes leading to comic scenes. In his post-apocalyptic landscapes, economic processes become a commentary on our neoliberal society. Although his approach is often conceptual, Büttner works as an anarchist sculptor. He embraces an entire space with apparently simple means such as concrete, steel and elements. These installations are often the setting for a performance.

The installation Demoniza (2018), which he made together with Bastian Hagedorn, revolves around the legendary Belgian DJ and producer Liza ‘N’ Eliaz (1958-2001). Transgender and older than most of her peers, this striking figure mystified as Queen of Terror, triumphed in a mostly male-dominated straight world. In honour of her, Büttner and Hagedorn deconstructed the track Loopera and played it out of a loudspeaker, which was hung alongside a gigantic blond wig. The sound figure comes face to face with a hallucinatory video of a mass of dancing hair. With highly delayed video images, rhythm and delayed bass sounds, Büttner confuses and obscures our perception of time and touches on the fear inherent in extreme sounds.

‘Are we not drawn onward, we few, drawn onward to new era?’ Is a palindrome (a sentence that can be read both forwards and backwards) and the title of an installation that was shown during ARTZUID in 2021. It purports in other words, life is suffered forwards, but can only be understood backwards.