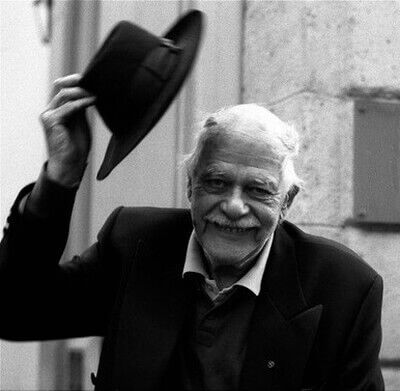 ‘Some people seem to think I work with found pieces, but I don’t do that. They have been chosen, you see. The idea is that there is a lot of magic in the choice’.

John Chamberlain was a sculptor, painter, photographer and producer of experimental films. He was educated at the Art Institute of Chicago and Black Mountain College. He is counted amongst those who experimented with Abstract Expressionism and Neo-Dada. Chamberlain started out with carvings and model making. In the early 1950s, he switched to metal.

In 1957 he made his first sculpture from car parts and scrap metal: ‘Shortstop’. Gradually he concentrated on works that were built entirely from parts welded together. Cars were his tools and medium. 1960 was the year of his breakthrough with a major solo exhibition in New York. A year later, MoMa showed his work alongside that of modern classics such as Marcel Duchamp and Pablo Picasso.

In the late 1960s, Chamberlain had initially replaced its materials with galvanized steel, then mineral-coated Plexiglas and finally aluminium foil. In 1964 John Chamberlain represented the United States at the Venice Biennale. In the meantime, he also made abstract, colourful paintings and films. In 1971 he had a retrospective exhibition at the Guggenheim Museum. In the mid-1970s, metal returned as the primary material and was limited to specific parts such as chassis, bumper or mudguards.

He demonstrated social commitment by making the work ‘Good Head and a Half’ (1991) for sale at a benefit auction for victims of sexual assault.

He had studios in many places: in New York, New Mexico, Florida and Connecticut. At the time of his death, in 2011, Chamberlain lived and worked on Shelter Island, New York. Shortly after his death, the Guggenheim Museum dedicated a major exhibition to his work.