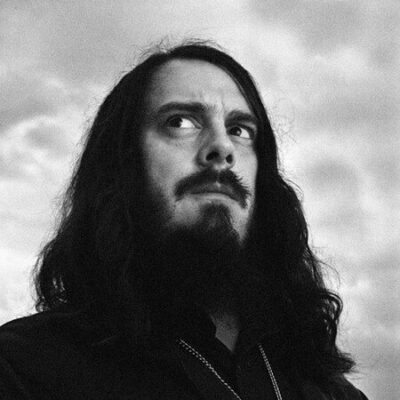 ‘Breath! Sleep! Eat! Play! Dream! This is what art says. I’m always on duty. I do what art wants me to do.’

Jonathan Meese is a sculptor, draftsman, painter, director, author and installation artist. He was born in Japan but has lived and worked in Germany for a long time. In his work he interweaves philosophical, political and cultural themes. In this way, with one of his works, he tried to strip Richard Wagner’s opera Parsifal of its meaning.

Meese is known for his versatile work. Seemingly effortless, he developed an independent and unique vocabulary in all genres, which gives his work a remarkable variety, visual energy and quality. He explores themes such as power, desire and identity. Jonathan Meese is seen in German art as the successor of Baselitz and Lüpertz.

The sense of humor present in his work tends to be grotesque as well as a powerful, original and creative. He is looking for a new world order, in which art is the legislative power and forms the basis for all life and creation. This utopianism runs like a thread through his work. Based on the principle Art is total play, he deconstructs, decorates and caricatures all forms, words and symbols; he strips them of their original semantic meaning.

The third edition of ART ZUID (2013) showed Meese’s Die Kämpferin de Large / Der Kämpfer de Large, two immense bronze warriors who seem to have stepped out of a video game. It looks like a mixture of Japanese samurai, medieval knights and aliens in a virtual future.

His work has been shown both solo and in groups in Munich, Salzburg, Hamburg, Ghent, Paris and New York, among others. The Kunstmuseum in The Hague showed the exhibition Totalzelbstportet – Diktatur der Kunst from October 2010 to January 2012. Meese has made extensive reference to skeletons in his paintings, videos, objects and constructions.