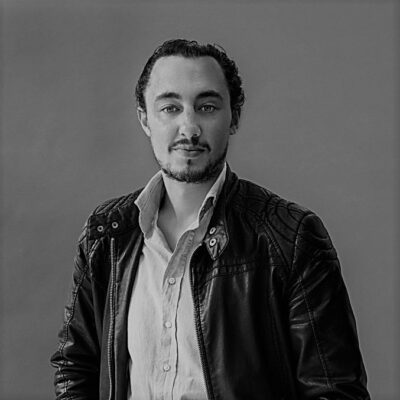 ‘What I want to show is what an artist does. Many people think they know that, but when they see how we make a sculpture here and how long it takes to produce good quality, they are amazed.’

Joseph Klibansky is a Dutch sculptor. He was born in South Africa; his father is South African and his mother Dutch; both were employed in advertising photography. In 1985 the family moved to the Netherlands. Klibansky is self-taught in the field of visual arts, he was originally trained as an economist.

Important sources of inspiration are fashion, interior design, cities, magazines, contemporary architecture, and world travel. He applies various techniques and considers Damien Hirst and Jeff Koons as his great examples. Klibansky sees itself as a brand and strongly advocates the fusion of art and commerce. This working method led to strong criticism within the Dutch art world.

His series New Urban Wonderland, a series of canvases in which he recorded his travels in his own way, transformed into a symbiosis of colorful, exotic fauna, ultramodern architecture, and lush greenery. One of these works was hammered out at Sotheby’s for more than €34,000, a record amount for such a young artist. His name was established.

Klibansky now runs a company, The family, in Naarden with his brother, sister-in-law and parents. Joseph himself is kept free to invent new works of art.

In 2016 he opened a gallery in the Amsterdam P.C. Hooftstraat, a year later his first solo exhibition took place in Museum de Fundatie in Zwolle. For him, the sky is the limit. It is therefore not surprising that astronauts are a frequently recurring theme.

This was also the case during ARTZUID 2021. Two of his sculptures were positioned on the Apollolaan: Thinker (2018) refers to Rodin’s Thinker, who is permanently placed in front of the Hilton hotel. Klibansky’s Thinker looks like an astronaut who is in a bad mood. ‘For the most Beautiful one’ was created especially for ARTZUID. Here Aphrodite appears to be battling the uncrowned king of beasts.