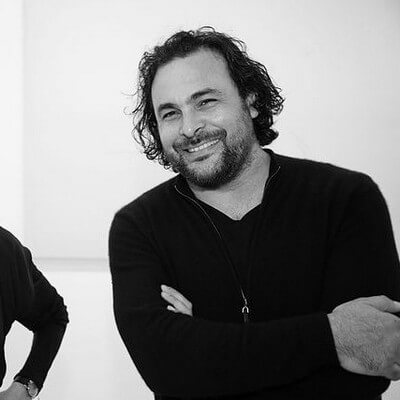 ‘The conversations here fuel my art. There are still so many things you can not freely talk about in France. But anything is possible here. We’ve even had people defending colonialism!’

Kader Attia was born in France to Algerian parents, she was brought up alternately in both countries. He studied in Paris and Barcelona. His dual nationality and cultural identity is a source of inspiration for his work. Recurring themes in his work are social injustice, post-colonialism and marginalized communities. Attia explores the far-reaching effects of Western cultural hegemony and colonialism.

Skyline (2007), for example, consists of dozens of old refrigerators covered with mirrors that collectively evoke the atmosphere of a metropolis. This is in line with his studies of the development of apartment buildings. His starting point is Le Corbusier, who in the 1930s for his Cité Radieuse was inspired by the traditional construction in Ghardaïa, Algeria. A depiction of that city by Attia, constructed from couscous and illustrated with portraits by Le Corbusier, is on display at the Tate Modern.

Attia broke through internationally with installations on the theme of ‘recovery’ (réparation) at the Documenta in Kassel 2012. In 2016 he was awarded the important Prix Marcel Duchamp for his video work about ‘memory’, especially that of colonial past. Attia is convinced that colonization is strongly correlated to later segregation in Parisian suburbs.

In 2016 he founded La Colonie, a gallery and debate centre near Gare Du Nord in Paris. Whereas he can easily sell and present his work in Germany, the Netherlands or the US; in France, this is much more difficult. It still sighs under the loss of colonial grandeur.

Attia’s work has been awarded the Prix Marcel Duchamp (2016), the Joan Miró Prize (2018) and is presented in some of the most important art museums in New York, London, Paris and Boston.