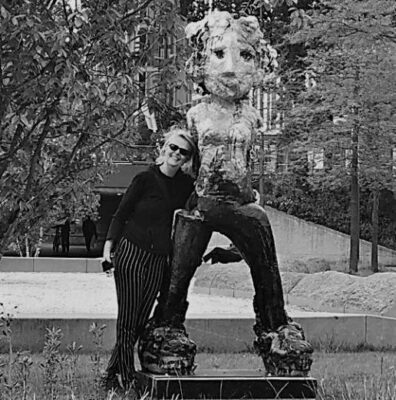 ‘My studio is a place to think. Here I view my work. After all, that takes the most time.’

Marieke Bolhuis studied at the State Academy of Art in Amsterdam and at the AKI (now ArtEZ) in Enschede. Since 2003 she has been photographing areas that are of great importance to the history of the earth and humanity. For this she has traveled all over the world. In addition to photography, she builds installations. She calls her photos ‘suggestions for installations’. It is not necessary to carry it out, but it’s about starting a thought process. Gradually, Bolhuis re-focused on ceramics.

As it is said of some novelists that they always write the same book, Marieke Bolhuis can be characterized as an artist who develops herself time and time again. She works with three basic figures, alter egos, which she shapes, further develops, breaks down and transforms. Sculpting is a constant process of metamorphosis with no end point. The intermediate stages are only temporary. When they are finished, they are allowed to stand for a while, they are photographed, and then the recycling starts again.

She has always had a fascination for landscape. As a child she spent summers with her grandparents on Terschelling; wandering through the dunes felt like coming home. Initially she mainly made work on location. Large installations that sometimes took up to a year of preparation and organization.

Marieke Bolhuis has always been interested in the way we deal with nature. It’s about the balance between life and respect for your environment. Gradually, those questions became more pressing. She arrived at the origin of the earth and the way in which man has settled on it. She realized that many of us live on a very thin shell. Then she started following the fault lines of that shell.

Marieke Bolhuis made the sculptures Sister and Big Sister especially for ARTZUID 2021. Both sculptures, are more than two meters high and lack arms, this makes them seem powerless. But that’s a mere appearance, they stood there fighting, not knowing how to stop. 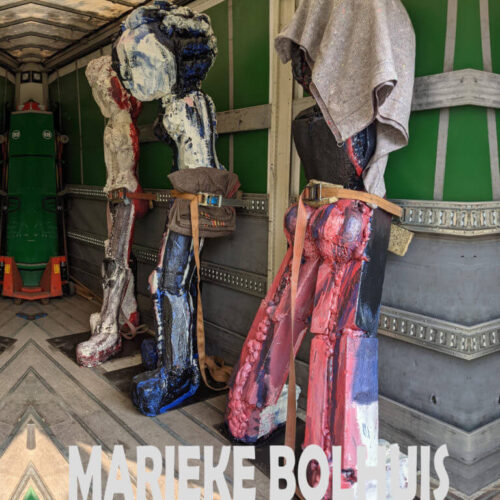