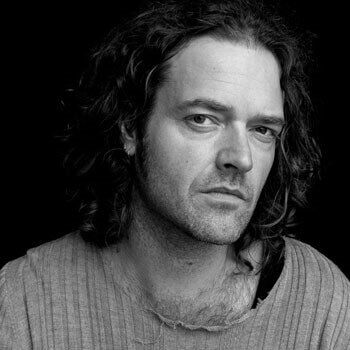 ‘Space must enhance the image and the image must reinforce the space. That interaction is very important, that’s what it’s all about. You may like a work of art, but it may not “look” nicely in the room.’

Mathieu Nab is a sculptor and one of the few in the Netherlands who makes autonomous monumental work. Form, mass and space determine his work. Until 1989 he studied sculpture at the National Academy of Visual Arts in Amsterdam. He makes large monumental sculptures directly from wood and marble.

Nab’s work is close to nature. The shapes of his sculptures can often be traced back to humans, mostly standing female figures or heads. These are not necessarily male or female, but neutral and timeless. For him, abstracting is a form of omission. By polishing or blasting the stone or wood, the image acquires colour and structure.

Nab sets his own course and wants to convey his sense of wonder for the beauty of life and instil it in others. His sculptures radiate independence, both through the sloping, abstracted shapes and materials. If he uses wood, it is preferably azobé, a very strong hardwood species that is mainly used for heavy hydraulic structures. Nab wants his audience to experience his sculptures, not to explain or understand them with interpretations and verbal meanings.

In the Sculpture Garden Endegeest in Oegstgeest, there are five sculptures by him, including Totem (1994), La Donna Mobilé (1996) and Sphinx (2000). Sculptures of his can also be found in Bergen (North-Holland), Weert and Amsterdam.

Mathieu Nab took part in the first edition of ARTZUID in 2009. His sculpture Kop from 2004 was shown there. The sculpture was more than two meters high made of pink marble is a stylized statue that reflects classical sculpture.