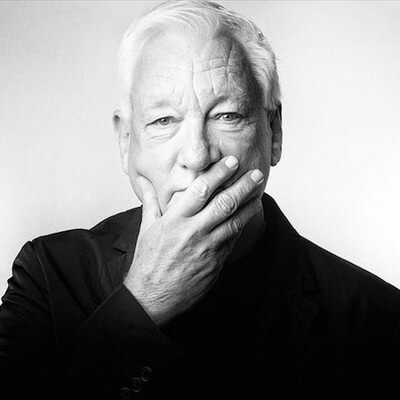 Michael Craig-Martin is a conceptual artist, painter and sculptor. He grew up in the United States, although he was born in Ireland.

Michael Craig-Martin is a conceptual artist, painter and sculptor. He grew up in the United States, although born in Ireland. He became known for his influence on the Young British Artists, some of which he taught at Goldsmiths College, London. Some of the artists he has taught include; Damien Hirst and Sarah Lucas. From 1961-1966 he studied painting at Yale University; then he returned to England.

Craig-Martin’s early work is highly conceptual in nature. Everyday household objects can be seen in the future, from kitchen steps to half-squeezed tubes of toothpaste. His stylized drawing technique is characterized by solid outlines and the use of bright, optimistic colours.

His first solo exhibition was in 1969 at London’s Rowan Gallery. Three years later he took part in a group exhibition on conceptual art. One of his best-known works is ‘Een eikenboom’ (1973), a semiotic work consisting of a glass of water placed on a shelf. Craig-Martin claims that this is an oak tree. His repertoire also consists of large-scale black and white wall drawings, intensely coloured paintings, installations and commissioned works.

In recent decades he has had numerous exhibitions and installations in galleries and museums around the world. He represented the United Kingdom at the 23rd Sao Paulo Biennale. Retrospective exhibitions of his work have been shown in London and Dublin. In the late 20th century he was a Tate Trustee (board member) for ten years; in 2016, Craig-Martin was knighted for his services to the arts.

The Laban Dance Center and Deptford (London) building, on which Craig-Martin worked with Swiss architects Herzog and De Meuron, was awarded the Stirling Prize in 2003, a major award in contemporary architecture.