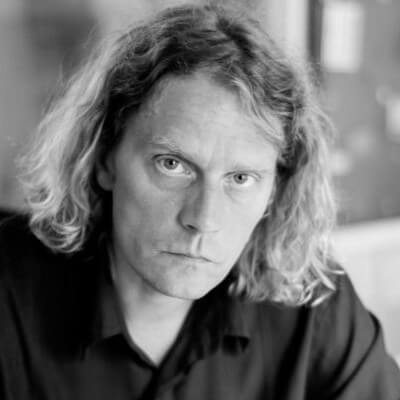 ’I usually find pedestals problematic and they bother me – in my own work as well as that of others. Not because it’s undesirable, but simply because it is an unsatisfactory solution.’

Michael Kienzer is a sculptor, painter, draftsman, conceptual artist, video maker and  installation artist. In Graz he studied sculpture at the Kunstgewerbeschule and then, from 1979, he worked at the Kunst- und Kulturzentrum Kreuzberg in Berlin. Later he worked as a set designer at the Westfälisches Landestheater.

His sculptures undermine conventional perception mechanisms and revolutionize the visual and cognitive system of the observer. Kienzer’s artistic strategy is that of conspiracy. He places his work in and against complex social and spatial reference systems. And thus undermines the representative characteristics and structures of the materials and spaces.

In this way he brings about interventions that upset us as an audience. Subconsciously, the confusion of representative mechanisms immediately draws the viewer’s attention. Further study is then necessary, as well as mental and physical mobility. His images are situations rather than objects.

A theme that regularly recurs in Michael Kienzer’s work is the relationship between object and material. His use of techniques such as wrapping, knotting and rolling is characteristic of many of his works. This also applies to parasites.

For the first edition of ART ZUID (2009), Kienzer submitted his Parasites: an installation of aluminum that resembles a ball of wool. But the material is not warm, on the contrary. The maker wraps the viewer and lures you into the trap of the collective conscience.

Since 1984, Kienzer’s work has been shown in national and international exhibitions. In 2001 he received the Otto Mauer-Preis, Austria’s highest art prize. In 2005/06 he was a visiting professor at the Universität für angewandte Kunst in his hometown Vienna.