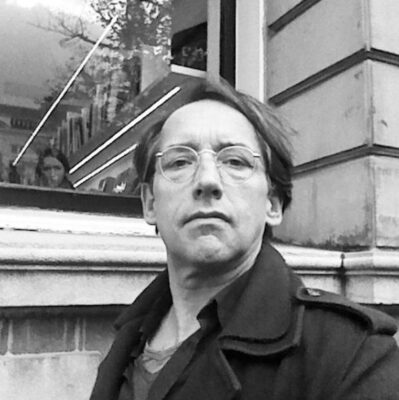 ‘If you want to study the phenomenon of play, animals are great subjects to study. Through curiosity and open-mindedness, they explore their world.’

Piet van de Kar is a classical sculptor for whom beauty forms the basis of his sculpture. Matter and size play a determining role in this. Sometimes the human dimension is the guiding principle, sometimes an alienating magnification. In yet other work small scale represents the absurdity of a reduced reality. Van de Kar’s work always defies the senses and the interaction with the viewer is an essential part of its visual power.

In 1988, Van de Kar obtained a first degree in autonomous sculpture at the Hogeschool voor de Kunsten in Utrecht. He currently lives and works in Amsterdam. Piet van de Kar’s father was a veterinarian for large and small pets, in his youth there were always animals around. The relationship with animals seems to give him more freedom.

The starting point of his sculpture is matter. For him, a sculpture must have a character, a soul. It is contained in the substance from which the sculpture is built. His work hangs and stands, it is in balance – unstable or not – climbs and looks out. Piet van de Kar organized visual art projects to improve contact with the environment and the public. The public has a participating role in this, during exhibitions and in workshops. He gave workshops in the Stedelijk Museum in Amsterdam, during Museum Night 2006.

He also developed art projects for schools. Together with students, he developed an educational route. This resulted in bronze ornaments on a facade, murals and exhibitions of the work process, which were recorded in printed matter.

The Companion sculptures 2 were on display at ARTZUID 2021; a new blue dog and a red colt graced the Churchill Lane.