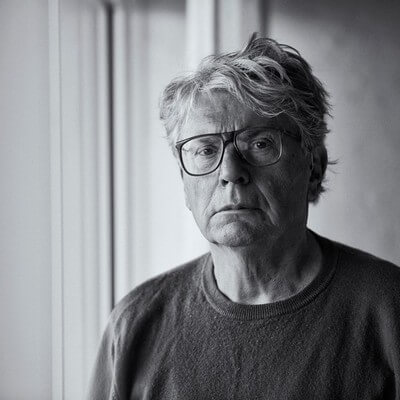 ‘I like going out into nature and trying something out. That can’t be called work, it’s a pleasure.’

Roman Signer is a sculptor, draftsman, photographer, film maker, video, and installation artist. He attended the Schule für Gestaltung in Zurich and then the Kunstgewerbeschule in Lucerne. He then studied at the art academy in Warsaw and immediately established himself in 1972 as a free artist in Sankt Gallen.

Signer was best known for his explosive performances. He focuses on processes, materials, and their properties. He works with ordinary objects. His work has interfaces with conceptual art, land art and arte povera, which he connects with the dimension of time. He has made moving lawnmowers and flying model helicopters – both metaphors of impermanence. He does not shy away from flying buckets, bicycles, and dancing walking sticks. These are displayed in unusual and humorous arrangements.

Physical forces of water, engines, gravity, and explosives are central to Signer. Viewers see time in motion in space, which both expands and thickens in his work. The installation Schirm (2016) consists of two fans that enter a dialogue by opening and closing an umbrella. In the video Dachlawine (2017), industrial barrels filled with water, after a simultaneous explosion, shoot detached from their fixtures and roll down a roof. The metal is transformed into a new form.

Roman Signers Leiter mit Stiefeln stood in a pond along the route of ART ZUID in 2013. The tips of the boots clamped exactly between the rungs of the ladder. The boots are as blue as the oil drum in which the ladder is set up at an angle. The work suggests one’s presence. It could have been someone working on the metro line, a year earlier it could have been someone dealing with oil supplies off the Norwegian coast.