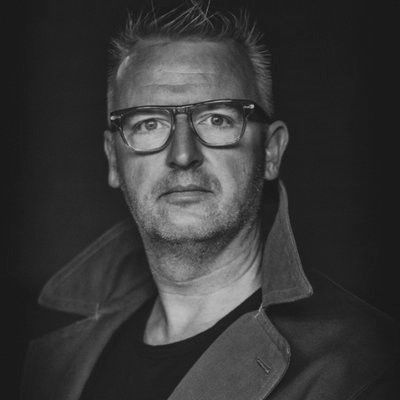 ‘Conscious artistry is more than just making art. You also need to be a businessman, which means making sure you stand out as an artist, get out of your studio and start networking.’

Ronald A. Westerhuis is a sculptor, who also makes landscape art and objects from stainless steel. His predilection for this material arose when he worked as a welder on an oil rig in the North Sea. There he became acquainted with steel and weathered pipes, which now form the basis of his works of art. For him, size is not decisive for the quality of a sculpture, but for its impact. That is why he mainly works in large format. Back then alone and now together with a team.

In 2003 Westerhuis designed ‘The Flame’, the symbol for the Olympic Games, intended for the 2008 Games in Beijing. It was Erica Terpstra, then president of the Dutch Olympic Committee, who ensured that his scale model was presented. Although his design was not executed, it meant so much to him that China plays a major role in his life, and he even has a studio in Shanghai.

For the Expo 2015 in Milan, Daniel Libeskind was commissioned by Siemens to create a number of works. Westerhuis was approached to take care of its finishing.

Rawsome! is the title of a four-meter-high sculpture in a spherical shape with high mirrors. Westerhuis made these for Museum De Fundatie and Mojo Concerts. It was placed on three editions of the Lowlands festival and was eventually given a permanent place in the sculpture garden of Nijenhuis Castle in Heino.

‘New Life and Shine’, made in 2014 and exhibited at ARTZUID respectively, were shown during the Amsterdam Biennale 2021. Both sculptures are made of polished stainless steel.