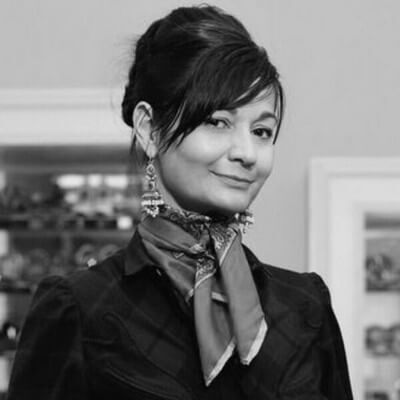 ‘Art is never what you think. I let things interfere with projects. I have problems explaining my work; it represents exactly what people want to see. We often let ourselves be dictated by what to think. Art is not suitable for this purpose.’

Sylvie Fleury is known as a pop artist, who makes images, installations, photos, videos and mixed media. After high school, she was sent to New York by her parents, to work as an au pair. She met a group of students who were working on short art films. Then she went to study photography.

After a trip to India, she returned to Geneva and worked for the Red Cross. Under a pseudonym (Silda Brown) she collected objects marked with a red cross. In 1990 she met the performance artist John Armleder and became his assistant. With him and his son Stéphane, Fleury founded the record label Villa Magica Records in 2004, which produced LPs and CDs of themselves and Rockenstaub.

Her objects and other work often have sentimental and aesthetic links with consumer culture, but also connect gender-related and fetishistic themes with utensils and art history. Shopping Bags (1990), for example, consists of a series of bags whose contents are invisible. Her work balances on the cutting edge of art and fashion.

During Sylvie Fleury’s first show (1990), she met Eric Troncy, who invited her to his groundbreaking show ‘No Mans’ Time’, a year later, in Nice. In 1993 she took part in the 43rd Venice Biennale, where she showed three models in Yves Saint Laurent’s Mondrian dress. The same dresses were reflected in the performance ‘C’est La Vie’, in Hoog Catherijne in Utrecht (2013). Fleury’s ‘Every minute is special’ was shown during ARTZUID 2011.