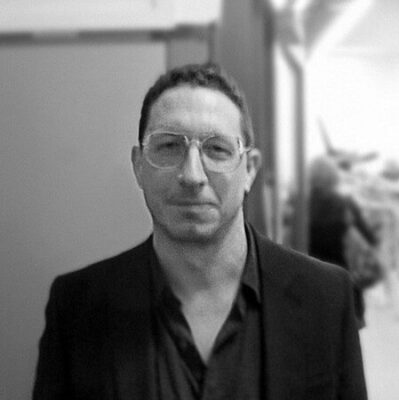 ‘I like sculpture because it is impractical. There is a resistance to ornamentation in sculpture that I like. Genres serve ideas and not the other way around.’

Tony Matelli is a sculptor. He attended the Milwaukee Institute of Art & Design and the Cranbrook Academy of Art. His images are hyper-realistic and therefore surprising. The illusion of authenticity generates a surreal sense of confusion and misplacement.

With figurative, botanical and abstract forms, Matelli creates objects that are creepy, comical and disturbing. His sculptures are often based on unusual juxtapositions, such as a series of weeds in which plants sprout from the space between the gallery walls and floors. He discards traditional genre categories in favor of the viewer’s experience.

Matelli definitely made a name for himself – in a positive and negative sense – with his sculpture Sleepwalker. The scantily clad male figure evoked associations with sexual assault. It was first publicly displayed outside Wellesley College, a women-only college. The statue was attacked both physically and verbally.

Since 1997 Tony Martelli has exhibited in major galleries and museums around the world. His images are also included in private collections and those of large companies such as Akzo Nobel.

Jesus and Mary – two sculptures made of concrete, steel and painted bronze, were on display during the 2019 edition of ART ZUID. As with other sculptures, he provided these two with fruit, in this case avocados. He got the inspiration for this from the Italian surrealist Giorgio de Chirico; his painting The Uncertainty of the Poet showed an ancient, feminine torso with a comb of bananas next to it.

On the surface, Matelli’s sculptures are instantly satisfying, but they have a thoughtful and deceptive depth. The statues are technically perfect, be it painted bronze playing cards or life-size human manikins with real human hair.