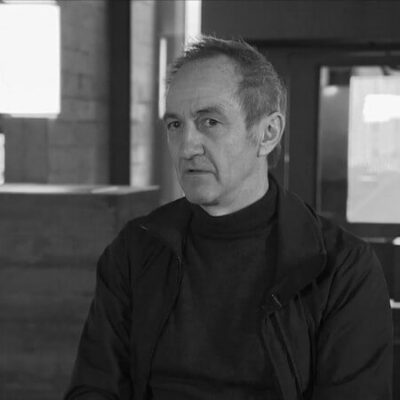 ‘With the foam works I made in the mid-1980s, I produced an incredible amount of residual material. I had no idea how to get rid of that. My studio looked like a garbage dump. (…) My search for a solution led to something in my work that could not be foreseen.’

Mundt became best known for his iconic series of biomorphic images, which he called Trashstones. He started making them in 1989; he covered waste from his studio with several layers of transparent synthetic resin. The shape of the objects or boulders is determined by the waste it contains. He uses tape to keep the waste together and then smears layers of hardeners and glaze on it.

This is followed by sandblasting, polishing and waxing processes. The “rubbish stones” reflect directly on our consumer culture, but also on a long tradition of sculpture. By meticulously providing all pieces with a three-digit number, a series of seven hundred Trashstones was created.

During the third edition of ART ZUID in 2013, three of his Trashstones were on display: numbers 559, 560 and 561. The mainly white stones with dark spots of stones look soft, but they are literally rock hard, cold and impenetrable.

In addition to these sculptures, Mundt also made photographs, drawings and films of the stones, which he placed in a different context, often as preliminary stages. Wilhelm Mundt has participated in various group and solo exhibitions in Germany and abroad.