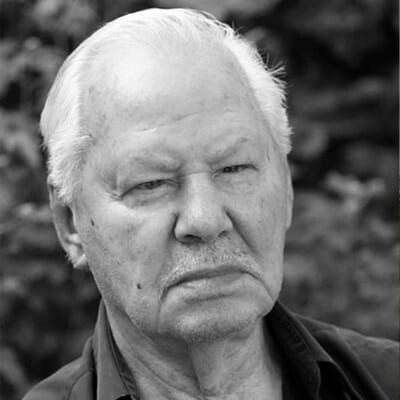 ‘Everything which concerns my work comes forth out of 40-45’

Armando was not just a sculptor, but also a painter, violinist, actor, journalist, film-, television- and theatre-maker. As poet and writer, he composed an enormous oeuvre and was often distinguished by literary prices. Armando viewed his work as ‘Gesamtkunstwerk’, the basis for this stemmed from his experiences of the Second World War; his hometown was closely situated near the Amersfoort concentration camp.

After having studied art history for some years; he became employed by the Haagse Post in 1958. Where he became chief of the newspaper’s art section, he maintained his role for ten years. In the meantime as an artist, he became part of the Dutch Informal Group (1958) which included artists like Kees van Bohemen and Jan Schoonhoven; this later evolved into the Dutch Zero-movement. Their work gave rise to a new revolutionary vision on well-known objects. In this spirit, Armando created ‘The Black Water’, which was a basin made of black plastic filled with a couple of centimetres of water, despite the minimal contents of the basin there existed a great depth-illusion.

As poet and artist Armando was involved with ‘The New Style’ and ‘Gard Sivik’. Besides this he was also very active in journalism, theatre, television and music (for example as a violinist in the gipsy orchestra of Tata Mirando). And, he was not an undeserving amateur boxer. For twenty-five years he played alongside Cherry Duyns and Johnny van Doorn in Herenleed– which was a theatre play mocking the absurd scenes of a master-servant relationship.

From 1979 he had lived alternately between Amstekveen and Berlin for 25 years. In 1998 the Armando Museum was opened in the Elleboog Church in Amersfoort. Nine years later the museum was completely destroyed by a fire. Almost the entire collection present in the museum and some of the archived works were lost.