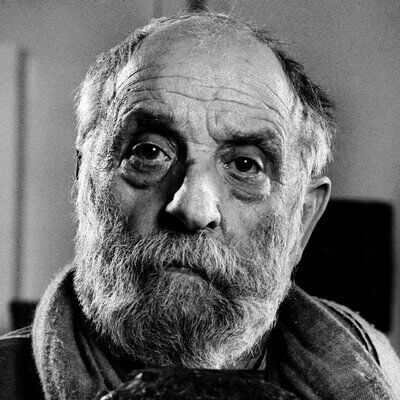 ‘I am not an intellectual, I like to touch. It’s my hands that make my head work’.

Born as César Baldaccini, César was a French sculptor, draftsman, painter and assembly artist with Italian parents. He is best known for his nouveau réalistic sculptures of pressed car wrecks. He composed “found” objects into art. Later this would give way to the nouveaux réalistes, together with Yves Klein and Arman; life in the city was their guiding principle. He is the designer and figurehead of the bronze trophy that is presented every year at the ceremony of the French National Film Prize.

Five years later, his exhibition showed a new revolution in his work. He had discovered how to manipulate materials in the processing of polyester and made a series of “expansions”. Huge copies of his thumb (Le pouce) in red polyurethane and bronze became his trademark and travelled around the world in various exhibitions. Sometimes he realized these images in the presence of the audience as a happening.

Some of his works include Seated Nude which refers to the fossilized victims of a volcanic eruption in Pompeii, Le Centaure a homage to his friend Pablo Picasso, and sculptures for Gustave Eiffel and Francis Bacon. With a jeweller friend, he processed gold and gemstones from worn jewellery to compresses that sold well. César died in Paris in 1993.