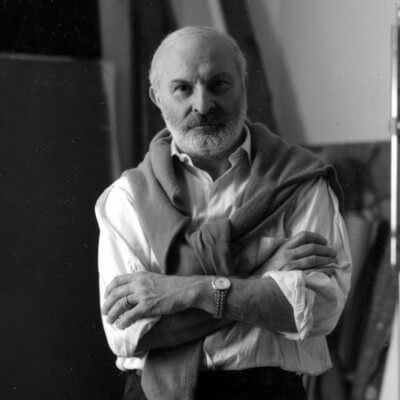 ‘My accumulation-technique existed on the basis that the objects I used were allowed to compose themselves. In the long term, nothing is more controllable than coincidence. Coincidence is my basic material, my blanc page.’

Arman was a French-American artist and sculptor, most commonly known for his assemblages. By preference, he used pre-fabricated materials. In 1957 he decided, in the spirit of ‘Vincent’ (van Gogh)- not to go by the name of Armand Pierre Fernandez anymore, but simply Arman.

After studying philosophy and mathematics, Arman went to the École Nationale d’arts décoratifs Nice in 1946. During this period of his life, he became acquainted with Yves Klein and Claude Pascal. After finishing his studies he enrolled in the École du Louvre in Paris. From 1953 he worked as a painter and became increasingly intrigued by abstraction. He was influenced by the artists Poliakoff and De Staël.

Between 1959 and 1962 Arman developed his notorious style by introducing two new concepts: the accumulation and the poubelle. The accumulation was a collection of ordinary, identical objects, in large quantities confined together in a polyester or plexiglass case. The poubelle was a collection of scattered consumer trash, with which he filled galleries including that of Yves Klein. In October 1960 he was closely involved with the establishment of the artist-movement Nouveau Réalisme which included artists like Yves Klein, Daniel Spoerri, Jean Tinguely and later also César, Niki de Saint Phalle, Christo and others.

A year later Arman made his debut in the United States, his second homeland. He lived alternately between New York and Nice but settled in Vence from 1967.

In 1994 Arman gifted his sculpture Apollo Offering to the municipality of Amsterdam to replace the sculpture Minerva (by Jan Havermans) which had been stolen from the Apollolaan in 1993. Arman passed away on October 22nd 2005 in New York.