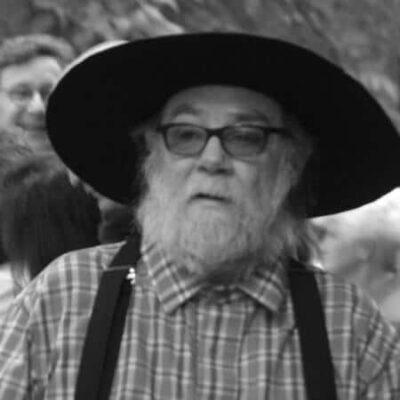 ‘My work refers to personal, forgotten or suppressed memories. I recognize if they exist, but I’m not sure how they relate to me. Are they specifically my trauma, or someone else’s?’

Paul McCarthy is a sculptor, draftsman, performance and installation. After attending the University of Utah, he studied painting at the San Francisco Art Institute, followed by video and film art at the University of Southern California.

McCarthy works as an artist, but was also associated for years as an assistant professor in his hometown of Los Angeles. Many of his sculptures are inflatable and are exhibited in Europe and the United States for a relatively short period of time. In 2004 he took part in the Whitney Biennial in New York. His work has been shown in the Guggenheim Museum (Bilbao), Tate Modern (London) and Middelheim park (Antwerp).

McCarthy became known for his statue Santa Claus, which the city of Rotterdam bought in 2001 for the International Sculpture Collection. Many residents recognize a gnome with a butt plug in it, others see a Christmas tree in it, or a rocket ice cream.

It wasn’t until the 1990s that Paul McCarthy became known to the general public. He is not looking to break taboos, although it may seem so at first glance. His focus on violence and sex has been set in a well-considered context from the outset. It represents the symbolic violence that reigns in our culture of mass media and family values. His images reveal the hypocrisy of modern society.

The first edition of ART ZUID (2009) featured McCarthy’s Bronze Blockhead. The three-meter-high bronze statue resembles Pinoccio, appears innocent, but is battered on all sides. Here too he de-constructs, shocks and provides well-known images and situations with a new meaning. He breaks the fantasy of the fairytale character and illuminates another side to the story.