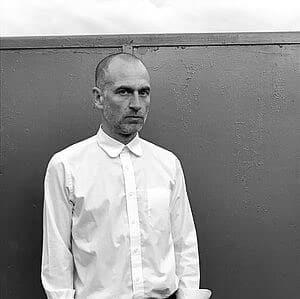 ‘I like it when people have fun, sit down and relax. I am not afraid of contact with the sculpture. I don’t mind if people like the sculpture, according to the motto ‘Just like me’.

Martin Pfeifle is a sculptor who mainly focuses on installations for indoor and outdoor spaces. He studied at the Kunstakademie Düsseldorf with, among others, Tony Cragg and completed this training by gaining a master’s degree with Hubert Kiecol.

Pfeifle’s constructions aim to change the viewer’s experience of an existing space. During one of his installations (Rotemartha), he stretched wide strips of pink-red tape from one door frame to the other over the entire floor of a large building. With this he crossed the logical sequence of spaces and misled the viewer.

His installations were shown in Münster (Westfälisches Landesmuseum), Aachen (Neuer Kunstverein), Duisburg (Lehmbruck Museum) and Florence. He was Artist in Residence at the Goethe-Institut Vietnam. Since 2000, Pfeifle has exhibited in solo and group exhibitions, initially in Düsseldorf, later throughout Germany and occasionally elsewhere in Europe.

Two sculptures by Martin Pfeifle were shown during ARTZUID in 2013: Rado and Breng Brang. The work Rado – which he showed earlier in Bonn – was intended for children. It is a large collection of polystyrene blocks measuring 50 x 50 x 50 cm in layers of black and white, like English liquorice. The young visitors could place, stack and move the blocks at their own discretion.

Breng Brang transformed a square on the Zuidas into an abstract painting. He placed two light blue and two pink walls, which had an alienating effect.