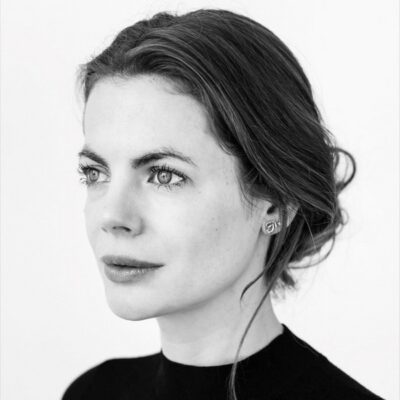 ‘I have the feeling that you can see my work as a script that you read and string together into a sentence, they are just words that we do not know very well yet.’

Saskia Noor van Imhoff creates sculptures, installations and photographic work, with which she questions the idea of ​​a unique and original work of art. She was educated at the Gerrit Rietveld Academy (Amsterdam) and worked at De Ateliers, she then attended the Künstlerhaus Bethanien in Berlin.

She sees her work as a process in which a moment in time is marked. It is a temporary combination of materials and conditions that will inevitably undergo further changes. To achieve this, she uses materials such as glass, perspex, LED and neon lighting and found objects.

Van Imhoff’s installations create a distinct atmosphere with spatial configurations, refined lighting and climate modulation. Interaction with her work is a multi-sensory experience. She breaks with existing and expected associations. Individual elements are set apart and are given new meaning and value.

This also happened with the work that was shown at ART ZUID in 2017: # -30.00. A huge stone in the grass has been copied and cast in aluminum, creating interaction between the original and the copy. The question of what is real and true in the reality surrounding us is asked.

Van Imhoff received the German Walter Tielmann Prize for Book Design in 2015 and five years later she received the ABN Amro Art Prize and was nominated for the Prix de Rome. She had exhibitions at several leading locations, such as Center Georges Pompidou in Paris and the Stedelijk Museum in Amsterdam. The Dutch Bank, Verbeke Foundation in Kemzeke, Belgium and other major collectors have work by Van Imhoff in their collections.