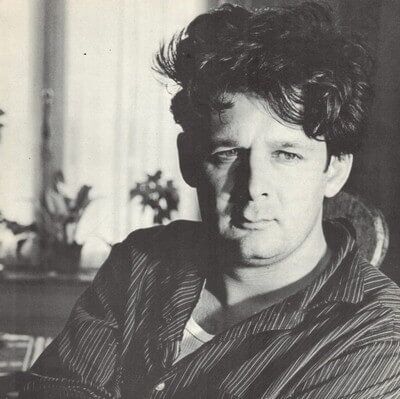 ‘My work is a metaphor for detachment. In recent years I have used the shapes house, roof slope, court, bridge and stretcher in my work. Things that wear, support and select. Things that are strong. Rock must embody hope and challenge.’

Shlomo Koren was a sculptor and painter. He was born in Cologne, but his parents fled in 1936 and settled in the British Mandate of Palestine. He attended the Bezalel Art Academy in Jerusalem. Koren has lived in the Netherlands since 1960. Later he started a teaching career at the Gerrit Rietveld Academy in his hometown of Amsterdam.

The two radical emigrations would lead to the central theme in his abstract and often minimalist work: detachment. Because of his roots and displacement, Shlomo Koren relates strongly to fellow sculptors Micha Ullman and Joel Shapiro. Relocating a building form to another location asks what security a foundation offers. Despite their extremely rational abstraction, his sculptures ultimately tell an emotional story.

The Jewish Historical Museum has work by Koren in its collection. His sculptures are in various places: in Jerusalem, Haverford (USA), Lochem, Heerlen and Amsterdam. For example in the Bijlmerpark Growing X (1976) and Two Frames (1992) on the Churchill-laan. He designed the land art project Labyrint in 1994 at Lochem, next to the Twente Canal.

In 2005, Koren was commissioned to design the Henriette Herz Park, near the Postdammer Platz in Berlin, where the Wall ran until November 1989. He designed a park in four parts, separated by granite lines, so that the top view evokes associations with the Jüdisches Museum. The ground is pushed up in four scotch-shaped parts.

In 2011 Korens ‘Hommage to architecture’ was shown at ART ZUID; a large block of stone from the Dolomites with two openings. This makes it look as if the statue was created after a casting process. As if the outside coincides with the inner space.